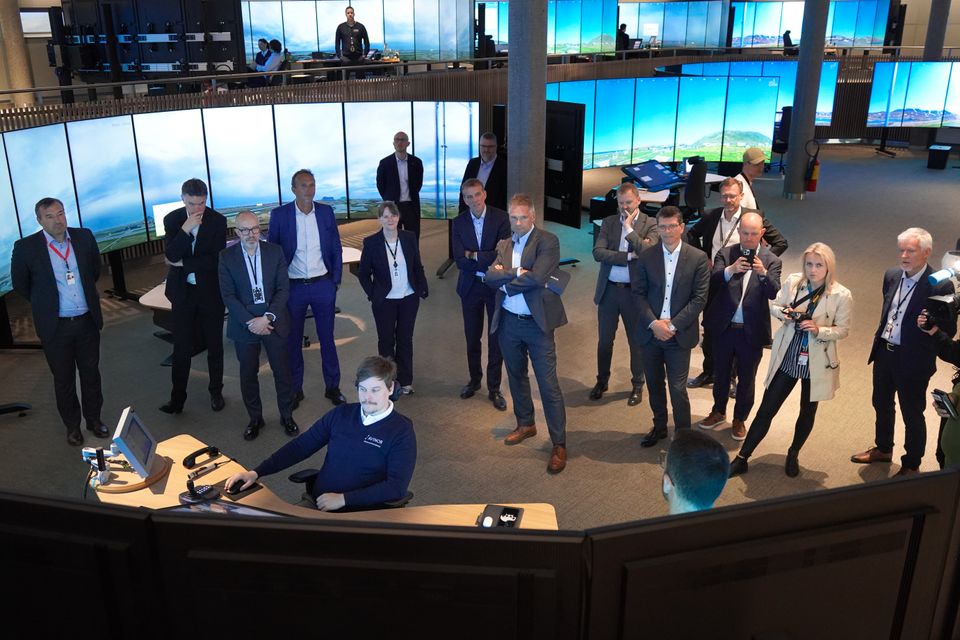 The new centre is located in a brand new building from which an initial 15 towers at an equivalent number of airports will be controlled remotely. At present, some four airports are already remotely controlled from the Remote Towers Centre in Bodø. These are Røst, Vardø, Hasvik and Berlevåg.

“We are finally up and running in our fantastic new building in Bodø. This is another milestone for AVINOR and we are looking forward to further expanding operations from what is the world’s biggest Remote Towers Centre.

This is all thanks to a great partnership between Norwegian industry and the aviation sector where we have utilised military technology for civilian applications. KONGSBERG GRUPPEN and INDRA NAVIA has been superb partners in this respect. Additionally, I would like to salute all our staff who have helped to make the Avinor Remote Towers programme a success,” says Abraham Foss, CEO of AVINOR.

“This is a crucial milestone and demonstrates our ability in Norway to develop advanced technology that addresses the most demanding and safety-critical operations out there. The remote controlled tower solution which is being fully launched today in Bodø is based on advanced camera, sensor and communications technology originally from the defence sector. This solution is one that has been developed jointly by all partners and it has tremendous export potential. We are already experiencing significant interest and demand for the solution internationally,” says Geir Håøy, CEO of KONGSBERG GRUPPEN.

Four new airports to come under remote control in 2022

In June, Mehamn and Røros Airports are scheduled to transition to remote controlled operations, while Rørvik and Namsos are due to transfer in September. This means that Avinor’s Remote Towers Centre will be responsible for the operation of eight airports before the end of the year.

* Avinor’s aim is to ensure that remote tower operations deliver a service that is “as good or better” than those offered by traditional tower operations. The service is approved by the Norwegian Civil Aviation Authority.

* Kongsberg Defence & Aerospace is the main supplier of the technology used in the Remote Towers Centre. This includes advanced camera technology that enables night vision, and makes it possible to spot objects moving through airspace and around the airport. This technology is normally used in military operations.

* Digital Remote Towers are not synonymous with autonomy, and will not be replacing humans.
This new technology allows AVINOR to deliver a more streamlined service by developing a core of expertise at the new centre located in Bodø.

* Approximately 50 employees will be based at Avinor’s Remote Towers Centre in Bodø.
* The ATM tower technology and communications solution was supplied by INDRA NAVIA.