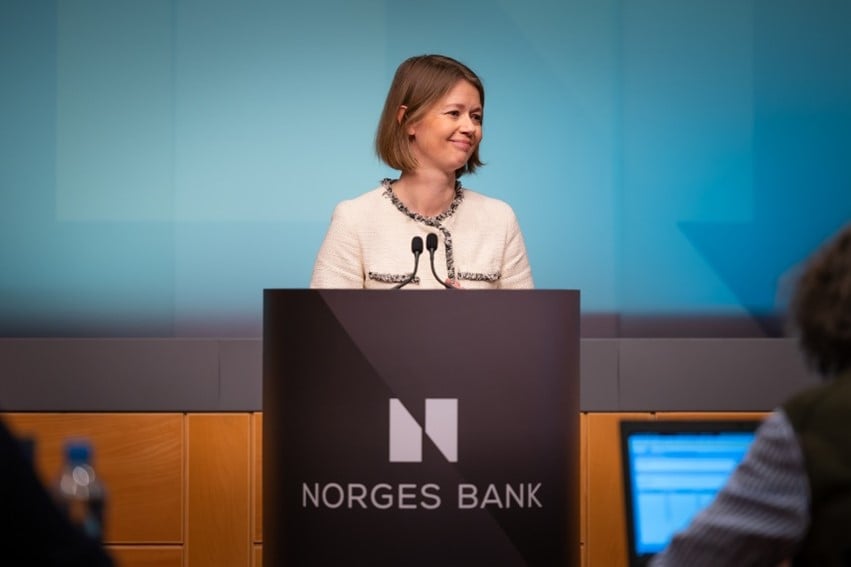 Norway's Central Bank raised its benchmark interest rate by 50 basis points on Thursday, and its largest single hike since 2002. Norges Bank did not rule out also making further increases of this size as the country seeks to control inflation.

NORGES BANK ’s Monetary Policy and Financial Stability Committee has unanimously decided to raise the policy rate from 0.75 percent to 1.25 percent. This is the fourth rate hike in Norway since September, but the previous ones were only 0.25 points. Few economists predicted such a sharp rise on Thursday.

“Based on the Committee’s current assessment of the outlook and balance of risks, the policy rate will most likely be raised further to 1.5 percent in August”, says Governor Ida Wolden Bache in the NORGES BANK press release.

Activity in the Norwegian economy is high, with little spare capacity. Unemployment has fallen more than expected and is at a very low level. Inflation is markedly above the target. Underlying inflation has picked up quickly and has been higher than projected. With rising wage growth and imported goods inflation, there are prospects that inflation will remain above the target for some time. Inflation in Norway reached 5.7 percent y / y in May and core inflation, the Bank of Norway's index that excludes energy prices and tax differences, was 3.4 percent.

“Prospects for a more prolonged period of high inflation suggest a faster rise in the policy rate than projected earlier. A faster rate rise now will reduce the risk of inflation remaining high and the need for a sharper tightening of monetary policy further out”, says Governor Ida Wolden Bache.

In its discussion of the balance of risks, the Committee was concerned with the risk of inflation moving higher than anticipated against the background of little spare capacity in the Norwegian economy, sustained global inflationary pressures and a weaker krone. In that case, the policy rate may be raised more than currently projected.

Read also: NORWAY'S SOVEREIGN WEALTH FUND RECORDED STRONG RETURNS IN THE FIRST HALF OF THE YEAR

On the other hand, there is also a risk that rapid rate increases abroad will lead to an abrupt slowdown in growth, with global inflationary pressures easing faster than assumed. The rise in interest rates in Norway may also cool down the housing market, bank mortgages and curb household consumption to a greater extent than expected. If inflation and capacity utilisation fall faster than projected, the policy rate may be raised less than currently projected.

The policy rate forecast has been revised up from the March 2022 Monetary Policy Report and indicates a rise in the policy rate to around 3 percent in the period to summer 2023.

These repeated increases in interest rates in Norway are part of the global context of monetary tightening, from the United States to the United Kingdom. THE EUROPEAN CENTRAL BANK is expected to raise rates, the first in more than a decade, expected in July. The largest Oil & Gas producer in Western Europe, Norway, is close to full employment: despite the repercussions of the war in Ukraine, the government is counting on a 3.6 proc GDP growth of the national economy this year.