Norway facing record-high inflation | CPI increased by 5.7 percent from May 2021 to May 2022 | localmarket.no 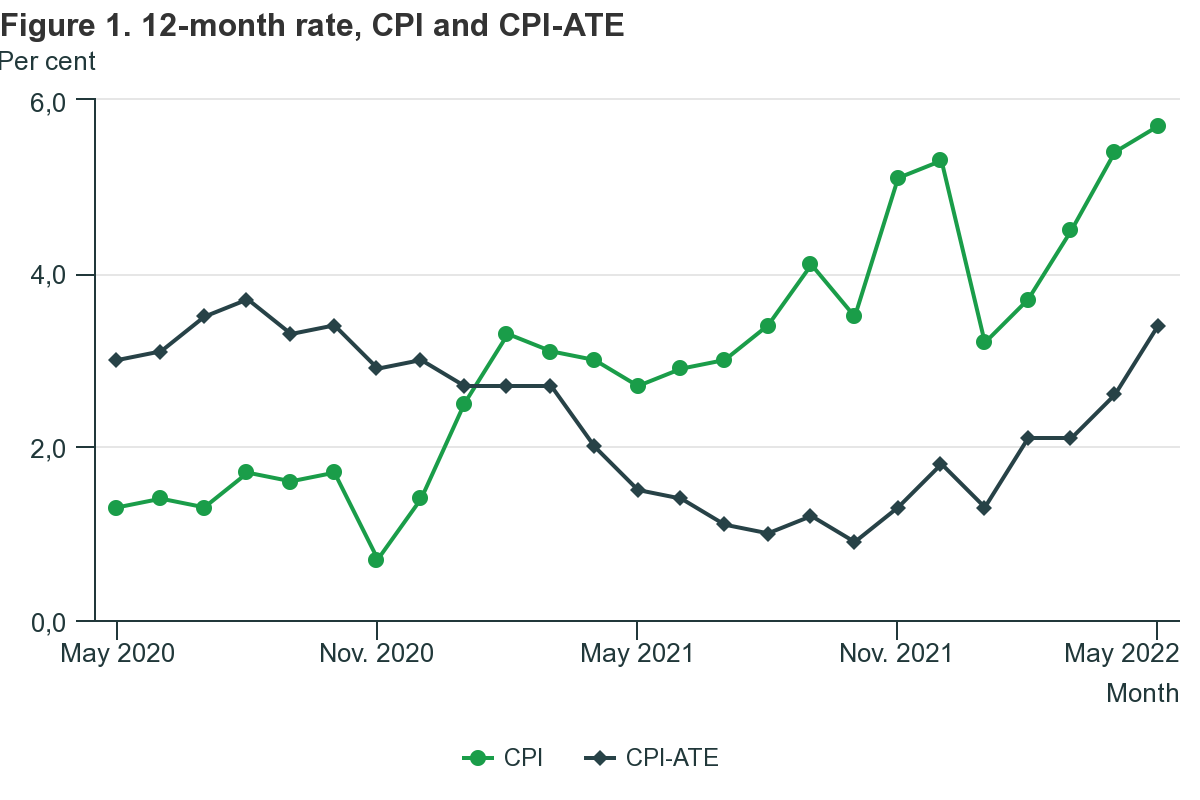 Norway's consumer inflation accelerated in May, as oil and electricity prices hit record highs and food prices soared, leading to the most significant annual growth in four decades.

Read also: 100 BILLION NOK WORTH OF GUARANTEES AND LOANS IN CRISIS SUPPORT FOR BUSINESSES IN NORWAY

People are buying less and less, and suppliers are selling more expensive

According to official data, the Covid-19 crisis slowed down production, slowed down Supply Chains Management, and changed people's habits. The war in Ukraine increased the prices of Wheat, Gas and especially Oil, which are essential for an economy heavily dependent on transport. Now there is one more evil that is as worrying as inflation.

Many sellers are noticeably concerned: people are buying less and less, so suppliers are selling more expensive. As a result, profits have started to decline in recent months.

The Norwegian statistics office said it expects interest rates to rise faster than initially planned by the Norwegian Central Bank. Norges Bank was the first country with the top 10 selling currencies in the world to start increasing borrowing costs last year.