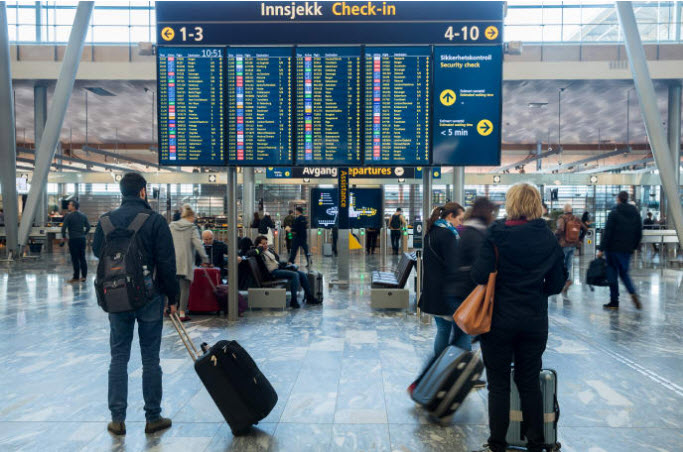 The Court of Justice of the European Union believes that airline passengers arriving at their destination with a delay of more than three hours must be compensated without having to prove their presence at check-in - reports AirHelp.com

On 24th October (2019), the Court of Justice of the European Union in Luxembourg, whose rulings are binding on court decisions in many EEA countries, including the Kingdom of Norway, ruled that passengers whose booking was confirmed can't be refused compensation just because they can’t provide a boarding pass. Until now, airlines could refuse compensation to all passengers who were proven not to be on a delayed flight.

Pursuant to European Regulation No. 261/2004, those arriving at their destination with a delay of more than three hours are entitled to compensation. Many companies refuse refunds because passengers are unable to provide their boarding pass to prove their presence on the plane. Paper boarding passes may be lost, and electronic cards on a smartphone may disappear after the flight.

The Court states that it acted on the basis of a “reasoned order”, which is entitled when “the answer to the question referred leaves no room for reasonable doubt”. In this case, “that was so”, say the judges.

According to the judges of the Court of Justice of the European Union, passengers “who have a confirmed flight reservation and who have made that flight must be considered as properly exempted from the requirement to be present at check-in.” The Court found that “this conclusion is confirmed by the purpose set out in point 1 of the Regulation, which aims to ensure a high level of passenger protection”:

“Passengers whose flight has been significantly delayed or cancelled but have a confirmed booking for a flight must be considered properly exempted from the obligation to be present at the check-in, without being subject to the requirement, unsuitable for their situation, [the need] to prove later (...) that they were present on board a delayed flight” - we read. So we will no longer have to take a selfie to prove our presence on the plane.

Compensation for cancelled or delayed flights: up to 5 years to claim

Regulation (EC) No 261/2004 on Airline Passengers Rights does not contain any provision regarding the limitation period for complaints lodged with national courts, the purpose of which is to obtain compensation for cancelled or delayed flights.

The provisions of the Warsaw Convention of 12th October, 1929; Art. 29 states that “an action for damages must be brought under the rig our of case within two years from the date of arrival at the destination on the day on which the aircraft should arrive”. It is also both “international and national standards” that require the passenger to act “before the expiry of the two-year period”.

But the action to order the carrier to pay compensation is subject to a five-year general legal requirement: “personal or movable activities are designated for a period of five years from the date on which the right holder knew or should have known the facts enabling him to exercise that right.''

The compensation envisaged is modulated according to the flight distance and arrival time until the route change. It is worth remembering that a delay of at least three hours gives the same compensation rights as total cancellation. However, the carrier is not obliged to pay compensation if it can prove that the delay is due to extraordinary circumstances that could not have been avoided even if all reasonable measures had been taken.