The Nordic Welfare Model | Impact of the COVID19 pandemic | localmarket.no

The Nordic Welfare Model | Impact of the COVID19 pandemic 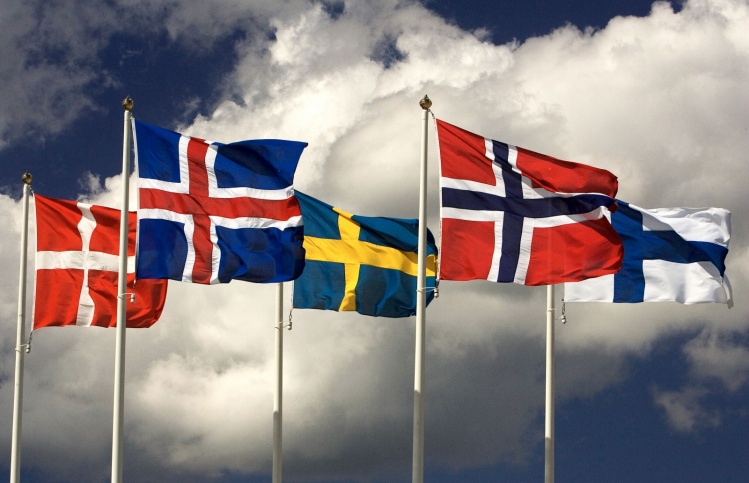 The global Coronavirus pandemic has seen all of the Nordic countries economies endure record slumps this year, however they have managed considerably better than most other European countries.

The Nordic Welfare Model has been a large contributing factor to this, due to the fact they have an elaborate social safety net and public services such as free education, universal healthcare in a largely tax funded system, strong property rights, contract enforcement and overall ease of doing business.

Proof of this can be found in Linköping Sweden, where Markus Larsson, the head of a chain of bakeries asserted Gyllen Linds Bageri AB:

- “We would have had to lay off maybe 20 more people” - he has the state to thank for assisting keeping the business’ head above water.

Markus was able to reap the benefit of state sponsored reductions on his business premises and social benefits charges and in turn was able to reduce his employees working hours with the government supplementing the balance of their salaries. This enabled Markus to be able to keep 80% of his 100 staff gainfully employed.

Sweden vs other Nordics – Coronavirus

During the coronavirus pandemic, Sweden has been well publicised in its relaxed methods of not locking down their economies like most other countries, whilst keeping businesses, hospitality and schools open. At the start of the pandemic in mid-March, the Swedish government announced economic aid of 28 billion Euros to assist businesses.

- “Policy response to combat the economic impact of the pandemic has been prompt, large and well designed”.

These 4 countries implemented much stricter confinement measures which included shutting schools, but most shops and businesses stayed open where they could. By introducing state funded aid by compensating employees whose hours had been reduced and agreeing to postponing any tax payments, these financial aid measures have paid off more in the Nordic countries than other nations.

This is highlighted by the fact that in the second quarter of 2020, the Gross Domestic Product (GDP) of Norway, Sweden, Finland & Denmark shrunk year on year by between 6.3% and 8.2%. In contrast, the Eurozone comprising 19 member states saw GDP shrink by 15%, mainly attributed to plunges in France, Italy, Spain.

So why the large disparity in the effect on the economies?

According to economists, the Nordic countries have enjoyed established welfare states, rigid public finance structures and strong cultures which enabled employees to work from home, which significantly limited the economic damage. There was also large consumer confidence which meant that households continued to spend.

As an example, the people of Norway utilised the time they had after being laid off by their employees to renovate and beautify their homes with the sales of construction and other related materials achieving significant increases. The Norwegians, also being one of the fittest and healthiest countries in the world experienced an exponential growth of sales in bicycles, hiking and other sporting gear and apparel.

Tourism impacts in the region

Europe’s tourism industry, as in most other worldwide countries, has been severely impacted by the global pandemic. The Nordic countries however reliance on tourism is of moderate importance in their overall economies. Iceland, is the exception to the rule though, as their economy shrunk by 9.3% in the second quarter of 2020 with statistics predicting their economy would shrink by 8.4% for the calendar year. In 2019, tourism accounted for 8% of Iceland’s economy.

The chief economist at ARION BANKI – Erna Bjørg Sverrisdottir stated “Few countries are as dependent on tourism as Iceland is”. The other Nordic countries economists have predicted decreases in the tourism revenue of between 3.5% - 5%, which is less than half of the revenue decline expected in the Eurozone states.

The World Happiness Report published by the United Nations Sustainable Development Solutions Network stated that “communities and nations with higher levels of social trust and connections are more resilient in the face of natural disasters and economic crises”.

The research found that all five Nordic countries – Norway, Sweden, Denmark, Finland and Iceland were the most content nations in the world.
As testament to the Nordic welfare model, it can be said that citizens in each of these countries had high levels of trust in other people and in institutions such as business and governments.

In a global health and economic crisis, as the Coronavirus outbreak has become, this is more important than ever.